Cutting the Ties That Bind (Hardcover)

Growing Up and Moving On
Second revised Edition

This book presents a method by which liberation from all the various sources of false security can be achieved.

In this book, Phyllis Krystal describes techniques, rituals and symbols which are capable of impressing positive messages on the subconscious mind in order to offset some of the negative conditioning that may have been received earlier in life. In this way, changes in life become possible much better than just working on a conscious, cognitive level.
This method enables a person to liberate from the various sources of false security to become an independent and whole human being, relying only on the inner source of security and wisdom which is available to everyone who seeks its aids.

Note:
This book is a print-on-demand title and is only produced when ordered. This can lead to slightly longer delivery times than usual. Thank you for your patience! 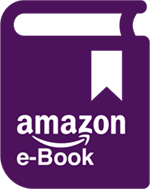 This article can be ordered from Amazon as an e-book!Buy now 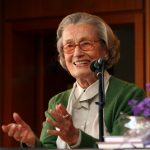 From the beginning, Phyllis Krystal’s life (May, 11th, 1914 – December, 10th, 2016) had been characterized by her interest in fundamental and profound questions concerning the human existence.

It was during one of the sessions with my daughter, when we were about to ask for insight into several of her clients, that, quite unexpectedly, the core or main theme of this book was presented.
As soon as we were quiet, and after she had read aloud the list of names of those requesting insights and we had mentally erected the triangle between us, I instantly saw, as if on an inner screen, what looked like a zoo or circus, with many cages, each housing a different animal. As I watched this inner picture, I was fascinated by the many different ways in which the animals reacted to their conﬁ nement. Some of the big cats paced nervously up and down, graceful but frustrated; some animals threw themselves against the bars of their cages in obvious rage and rebellion, frantic and frightened, desperately trying to escape. Other animals would slink into the back of the cage and curl up into a ball like an embryo, withdrawing from all participation in living. Some went on a hunger strike, refusing to eat; while others, like the bears, were performing, doing tricks and putting on a show for visitors to attract attention and to distract themselves from their boredom. Others were ingratiating, rolling over and begging for food from their keepers. As I watched such varied reactions, I wondered why I was being shown this picture and became immediately aware that people, like the animals I was seeing, are all imprisoned in cages, but of their own making. I also knew, with an inner certainty, that they can attain freedom from their cages if they so desire.
Would anyone actually not want to be free, I wondered? In answer, my mind was drawn to several people I knew who would certainly ﬁ t that category. As I looked further, I realized that many people resist any kind of change, preferring the security of an habitual situation or condition, however difﬁ cult or unhappy, to the insecurity of something unknown and different from that which they were used to handling. There are also those who protest that they want to be free, but when they are offered the opportunity to escape from their prisons they ﬁnd that they do not really want freedom strongly enough to be willing to relinquish their attachments to people, possessions, desires, security, or any thing which they cannot live without. People will go to great lengths to protect their cherished dreams and desires, and will ﬁ ght any attempt to show them that these are often at the root of their unhappiness.
I was next aware that, like Ariadne‘s thread, one must allow the process to lead back to the cause, past the smoke screen of protest by the conscious mind, to seek the key which can unlock each person‘s prison; for only by discovering the hidden cause of the symptoms is the healing likely to be lasting. The ego with its ‘I want’ and ‘I don‘t want’ is a deepseated core which is ﬁ ercely protected, like a citadel, with anger, fear and desperation before capitulation to the High Self takes place.
This surrender to the inner wisdom is the key to health and wholeness and is the true meaning of “Thy will, not mine, be done”. “Thy will” refers to the will of our own High Self, which alone knows why each person is in this life, whereas “my will” is the compulsive personal will of the ego with its attachments to myriads of desires.